MMA is now becoming one of the fastest growing sports in the world. Pakistani MMA scene is also shifting gears and becoming popular among the people all around the country.  Ovais shah was very much keen to promote MMA in Karachi and keeping that in mind he planned to open up a gym named Third Generation Mixed Martial Arts Centre. In spite of having very limited resources and facing so much of hindrance he stood firmly to what he planned and finally opened this gym in may 2011, since that day he is working extremely hard on promoting MMA in Karachi and his club is now the “BEST MMA CLUB” in Karachi. On April 29th , Team 3G welcomed Bashir Ahmad to hold a seminar on MMA And BJJ. 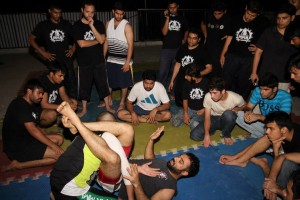 The main reason behind organizing this seminar was to enhance the knowledge and to teach few basics of MMA Training which included concepts and strategies for training and fighting and a few ground techniques.

The event started off with the ground techniques. First Bashir showed few demonstrations in which he taught  how to overcome a bad position in BJJ, and what to look for and what not to in order to take your opponent down. He then instructed to drill the technique demonstrated and watched mistakes and tried to obliterate it. 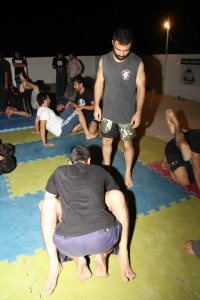 Then came the second part in which Bashir went over a few submissions and how to submit an opponent when from an unorthodox position, he also demonstrated different setups for submissions such as the armbar and the triangle choke which for sure helped a lot of the guys who were present at that time.

Next was the most important topic of that night “THE GUARD”. He explained the importance of the guard and what to do and what not to when you are or your opponent is in your guard. 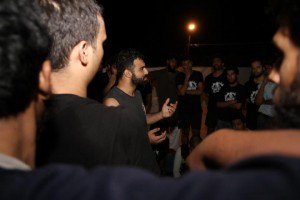 He demonstrated on how to get out of someone’s guard whether it’s a full guard or the half. He emphasized more on speed, movement and some certain positions. He explained the importance of wrist control, body position and to maintain ones balance while performing the techniques.

The last part was the Q/A session in which he gave every candidate an equal opportunity to ask their queries and answered them all, and then there was a group photo and autographs signed by Bashir Ahmad .In the end he gave Ovais Shah PAK MMA’S T-Shirt and a Short.

Then he was escorted by team 3GMMA for a dinner which was equally enjoyed by everyone, and in the end Team 3Gmma thanked Bashir Ahmad for his stupendous effort in promoting MMA in Pakistan.