This article has been written by Shariq Ullah Khan – a Pakistani American who trains in BJJ. He describes his trip to Synergy MMA Academy during his Pakistan visit. 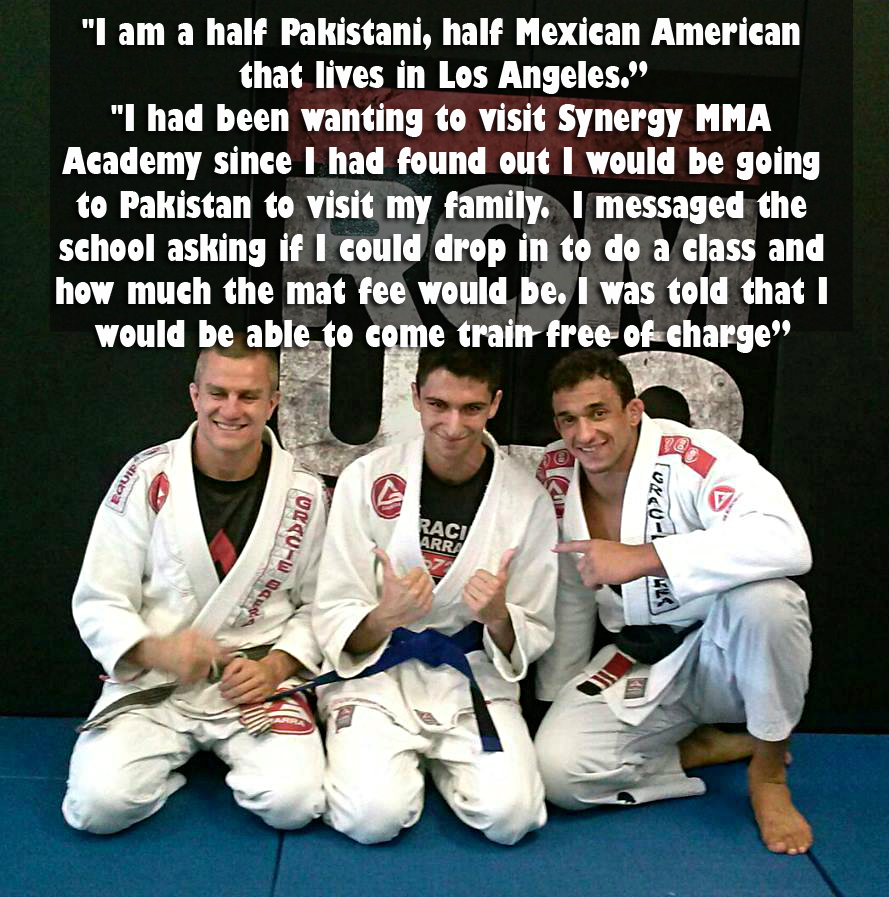 Before I start this article, I thought it would be a good idea to explain my relationship with Pakistan. I am a half Pakistani, half Mexican American that lives in Los Angeles. My father was raised in Pakistan and left when he was 19 years old to pursue an American education. I came back less than a week ago from Pakistan, after visiting for the first time in 12 years. I can honestly tell you all that what the media shows you in regards to Pakistan is not all true. Pakistan is a 3rd world country that is struggling in many regards, but it is not as bad and unsafe as many want you to believe. I spent almost 3 weeks in Lahore with family and there was never a point where I did not feel safe.

I had been wanting to visit Synergy MMA Academy since I had found out I would be going to Pakistan to visit my family. The reason being, it was the only place I knew of in Lahore that offered Brazilian Jiu-Jitsu classes. However, I got sick the day I flew into Pakistan so I wasn’t able to go in to train right away. When I was finally feeling up for it, I messaged the school on Facebook asking if I could drop in to do a class and how much the mat fee would be. I was told that I would be able to come train free of charge and would be able to work with the students to help them out with any questions they might have for me. This was a pleasant surprise to me, I was very excited to be able to be able to train and help other BJJ practioners as well.

The no-gi class at Synergy started off with a light warm up of streches and movements to get everyone loose and their heart rates up. Then we got right into sparring. I had probably sparred about 7 rounds that night, all with very tough guys. After the sparring, Mahmood, an assitant coach, asked me if I could work one on one with 2 of the students who were preparing for an upcoming tournament taking place in Lahore, the Pakistan Grappling Challenge. I asked them what positions they were having trouble with and showed them some details I thought would help them in those situations. All together, the class was 2 hours long, with many of the students staying after to hang around and chat with each other. 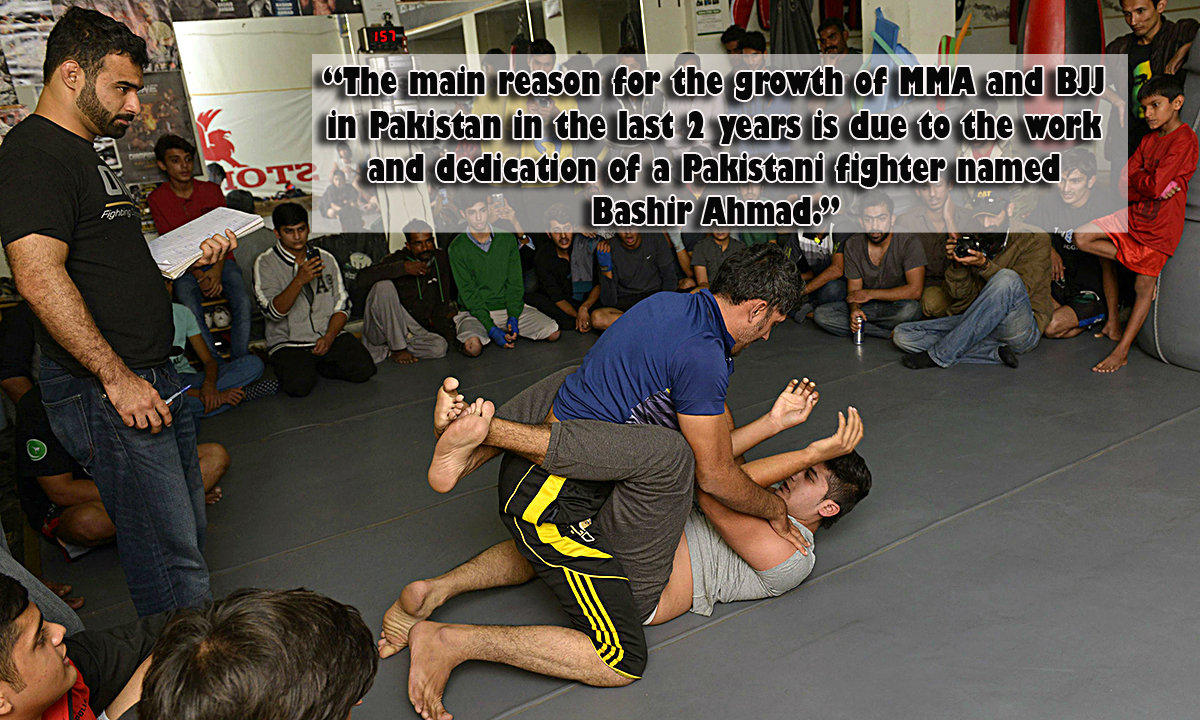 The main reason for the growth of MMA and BJJ in Pakistan in the last 2 years is due to the work and dedication of a Pakistani fighter named Bashir Ahmad. Bashir is the owner of Synergy MMA Academy as well as the founder of PAK MMA, the leading MMA organization in Pakistan. PAK MMA is a part of the ONEFC Network, which is a part of ONE FC, the biggest MMA organization in Asia, where Bashir and fellow Synergy fighter Waqar Umar both fight on the professional level.

I had a great experience at Synergy MMA Academy. I would recommend it to anyone who is in Lahore looking to train in MMA, BJJ, Boxing or Muay Thai. Bashir has established a great school with students who are tough and looking to learn as much as they can. I look forward to visitng again and being hopefully being a part of the growth of BJJ in Pakistan, a place I consider a home away from home. The fact that there are already marital arts schools offering BJJ classes and BJJ tournaments taking place in Pakistan are a postive sign of the growth of BJJ in Pakistan.

This article written by Shariq Ullah Khan is taken from jiujitsutimes.com