There was blood. There was sweat. But more than the both, there were tears. Oh so many tears.

This was the SFL 38, Dubai. An unprecedented match up for MMA across the globe, two nations would fight head to head, toe to toe, to see which the better fighting nation was. It would be hyped up, like any cricket match would be. The entertainers would bash each other, making fans more emotional and increasing the desire for their nation to smash the other. This was about which country had the best fighters, and which would be obliterated; who would walk home with their heads held high, and who would walk home with their tails between their legs.

Well, I guess we got our answer didn’t we? 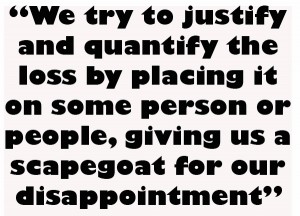 Personally, I didn’t care for the advertising strategy. I felt this had nothing to do with country against country or nation vs. nation. Yes, there were 2 teams, from countries that are always at loggerheads. However, for me all this is and ever will be is a sport – one man against the other – the closest we could ever get to two men enter, one man leaves.

The general perception of the public is that we failed. Miserably. Very hard to argue with that though, isn’t it? Five out of the seven fights were stopped by TKO in the first round, whilst in bout 2 it was stopped in the second. Only bout 4 was won but let’s be honest, that disqualification was only a lucky win to a losing match. Our fighters were distraught, in tears, and one was on the verge of shellshock. Heck if he wasn’t sitting you could push him over with a feather.

But what got me very upset, and VERY angry, was the immediate reaction of the Pakistani population back home. For the next few days the majority of social media and talk of the people was: ‘it was poor management’, ‘there wasn’t any training’, ‘there weren’t proper coaches’ etc. etc. etc.

This is probably one reason why our nation is stuck on one place and if it ever moves, it’s backwards. Your first reaction was to play the blame game. What’s worse is that it’s catching; I almost started joining in. We try to justify and quantify the loss by placing it on some person or people, giving us a scapegoat for our disappointment. But what we need to accept is there are times where no way it can be explained. There has to be a winner, and there has to be a loser.

The very first thing that should’ve been on our lips is praise of our boys. They went in to battle, possibly outmanned and outgunned, to make us proud. What they need to know is they didn’t need to win to do that. The moment they stepped into the ring, we were already proud. Like parents of children, we watched from ringside or from our screens at home, as our boys stepped into the ring to represent us for the first time in a new sport. 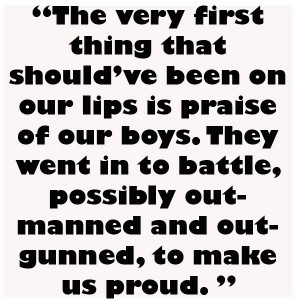 They are our heroes. And you don’t earn the title ‘hero’ for winning. It is earned through sacrifice, through pain, through suffering. It is earned by pushing yourself when others would give up. It is earned by ignoring those who tell you that it’s impossible, that you will lose, that you will fail. Because so what? How many times has humanity done exactly that, the impossible? The real loser is one who gives up before one has accomplished anything. Isn’t the real failure not even trying?

Where others feared to tread, they marched on. And it didn’t matter to them that they would probably fall on the way; it was enough that they marched for us. And mashAllah, did they march.

Oh our brave fighters! You have returned to us beaten, distraught, heartbroken, but we still love you. And nothing will change that. So train harder, onwards and upwards!

And to the people of Pakistan, keep your heads up! We may not have come victorious but our metal has been tested, and we have learned much. Let us not fall prone to bickering over failures and unite. All hail those who flew our flag in foreign lands. All hail our HEROES!

Post by Coretex.
This article has been written by Mr. Zubair Asghar – Owner of Coretex and Sponsor of Team Pakistan