British-Pakistanis, Umer Bullet Tooth Kiyani and Qasim The Dream Beg, have won the first awards of Pakistan Music and Media (PMM) Awards in their respective sports categories on September 3, 2015 in Birmingham (UK). The Pakistani Music and Media Awards (PMMA) have been launched this year to recognize and celebrate the outstanding contributions and grassroots initiatives by individuals and groups across the UK with Pakistani and British Asian heritage.

Umer “Bullet Tooth” Kiyani who won the PMM award for “Best Cage Fighter 2015” is a Professional MMA Fighter with a Pro MMA Fight Record of 6-3 (Source: Tapology). This is the second award Umer Kayani has bagged this year after being honored with “Pride of Community” award. Umer Kayani was also given achievement award by House of Lords last year for being an inspiration to the youth. 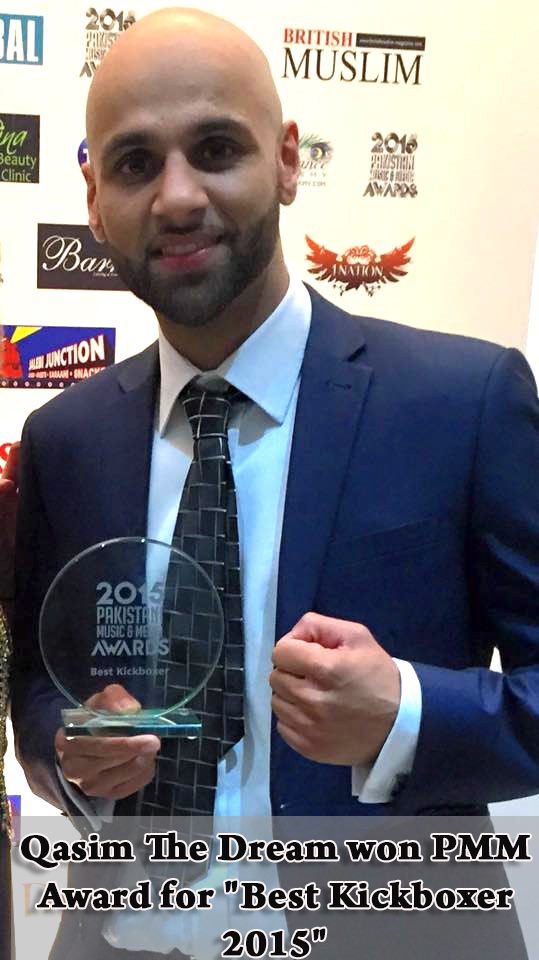 Team of PAK MMA wants to congratulate both of the awesome fighters for their achievements and wish them all the best for their future endeavors.