The date is the 7th of February, 2015. It is a Saturday; but no ordinary Saturday, oh no. On this day throughout the country fighters converged to Lahore, where they would put their grappling and BJJ skills to the test. Teams from Islamabad, Rawalpindi, Gujjar Khan, Karachi and even a team from Afghanistan made their way just for this event. This was the Pakistan Grappling Championship 2015. 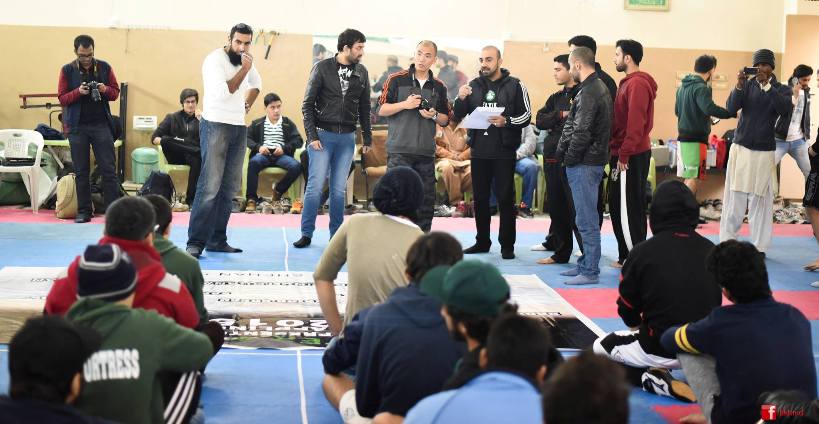 The day started with recitation of Quran, and a supplication to Allah in order that we not only become better fighters, but better men. Afterwards in the hall lines were formed of each team and the initial announcements were made, clarifying rules and regulations of how the matches were to be played. After that, the brackets were drawn, matching the fighters for the initial rounds of the contests according to weight categories. The hall was split into four rings and a referee stood at each: Ehtisham Karim, Bashir Ahmad, Ali Ahmad and Majid Gilani. Then, the fights began.

The teams all screamed their fighters’ names, motivating and guiding them on how to defeat their opponents. There were no breaks, but constant fights throughout the whole 5 hours of the event. During prayer times, people will step outside for a congregational worship, all remembering that without His blessing, we wouldn’t even be here in the first place. Whilst the four fights were taking place, Zubair Asghar walked up and down the centre of the rings to ensure continuity of fights – as one fight would finish, the results would immediately be passed on to Ali Sultan, who would then offer up the next fight. Zubair would then go back to the centre and, having no megaphone over all the noise, scream out the names of the next fighters. All in all, this was literally a day of non-stop action. Ah yes! 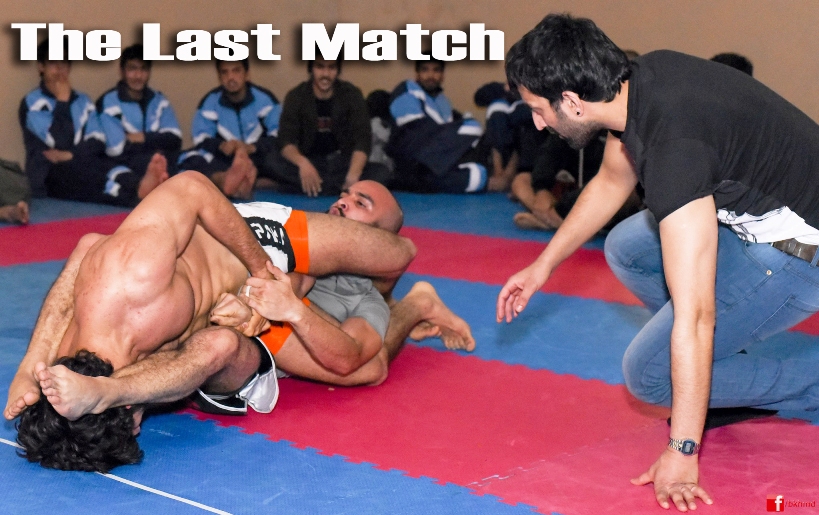 Every now and then there were minor scuffles; sometimes teams would exchange harsh words or coaches would be frustrated with referees’ decisions, but nothing detrimental halted the day’s continuity. All misunderstandings were forgotten by the time the event was over. Perhaps the moment of the night was the last match of all, during the absolute – or the ‘weight-free’ fights. This was the last part of the event when the gold medalists from each weight category would face each other to see who the best was. The last match here was between Haaris Butt and Uloomi Kareem Shaheen.

One of the sad things about being in Pakistan is that electricity cuts are common, going out for hours at a time. A few minutes into the final match and exactly that happened – the lights went out and it was when the day was starting to get dark. 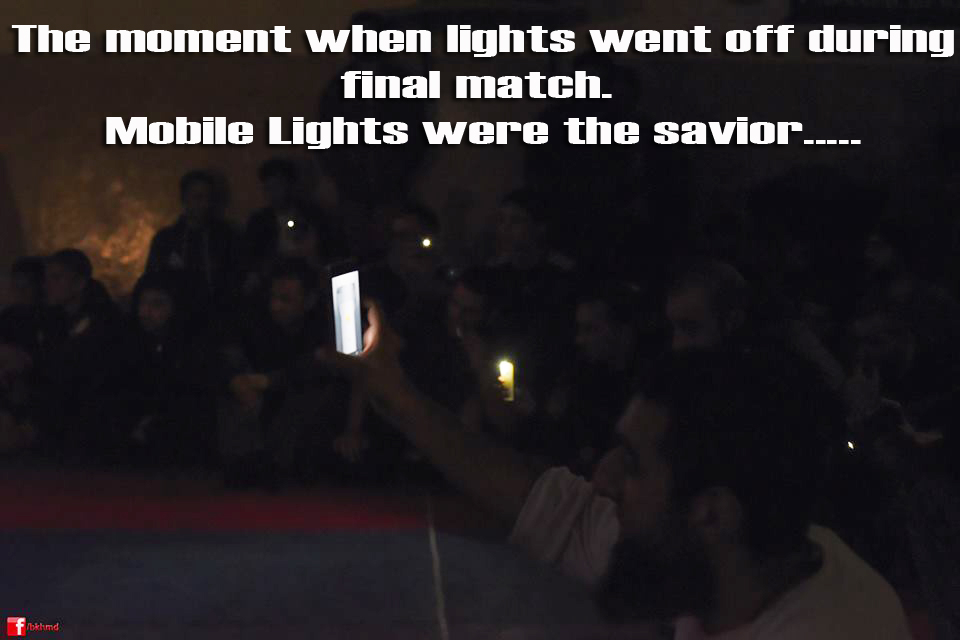 What a climax, the most important fight and there was hardly any light to see what was going on. Immediately Zubair shouted out, “Turn your mobile phone lights on!” and people quickly fiddled with their phones to do just that. And what a great moment that was, all fighters and fans not letting the lack of electricity stop any fight. It was almost as if to say to the elements facing them, ‘Is that all you got? Well we’re not stopping!’ Under the dull glow of our mobile phone lights, it took a while for the fight to finish but was finally won by Haaris Butt with perhaps the most simple of moves but possibly his most – the arm bar.

As the hall had to be closed by 5pm, the awards ceremony was taken outside. Gilani distributed a plethora of prizes from medals to collectible toys. To top it all off, Shehan Shah Restaurant had brought biryani to the event especially for the coaches and the prize winners. All in all, this was a successful event, and already fighters on social media are hyped up for the next Pakistan Grappling Championship.

This article has been written by Mr. Zubair Asghar – Owner of Coretex and Sponsor of Pakistan Grappling Challenge 2015

All the pictures have been taken from Mr. Waleed Shah’s Photography Page. Please visit his facebook page for more pics.