This weekend, the second installation of VCL took place in Punjab University and it proved to be a greater success than the first VCL. This time the venue was indoors and was much larger than the last event, with around 300 people in audience. Another noteworthy thing was the production value of the event itself, they had an amazing rig to hold the lights(similar to UFC’s overhead lights), great food was available thanks to Shehen Shah caterers and they even had fighter entrances with flame throwers spewing fire like 8 feet in the air. However all the fancy production (especially the fighter entrances) did extend the show significantly, slowing down the pace of the evening. 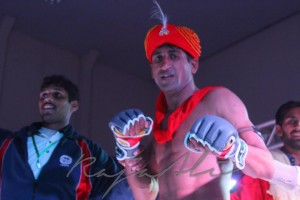 The headliners for this event were the championship fights of course, the first being Usman Mirza(TFF) fighting Idrees Zazai(Synergy) in a “Survival of the fittest” match, which would be three fights with breaks, a best of 3 in a way. However that could not happen as in the second round of the first match(under Vehshi rules) Idrees twisted his knee and being unable to continue, giving Usman Mirza the win and the cruiserweight championship belt. 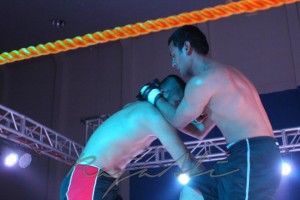 Between that and the main event there were several notable fights, one being Mohsin Ahmed of Synergy vs Hamza Ahmed of Askari MMA. Even though the refereeing was highly questionable in this fight, it was a close fight with several hard striking exchanges taking place both standing and on the ground. Eventually Mohsin fought to improve position and finish via Armbar.

Another fight I’d like to mention is Faizan Khan(Team Fight Fortress) vs Muhammad Shahid(Pakido). In this fight Faizan showed incredible striking, controlling the pace and quickly finishing the fight with devastating ground and pound.

The second title fight was the much anticipated main event, a rematch between Uloomi Karim and Zulqarnain, as their first match ended with Uloomi winning via TKO and many people disputed the ref’s call. This fight however ended in vicious TKO with Zulqarnain’s corner stopping the fight, ending the dispute once and for all. 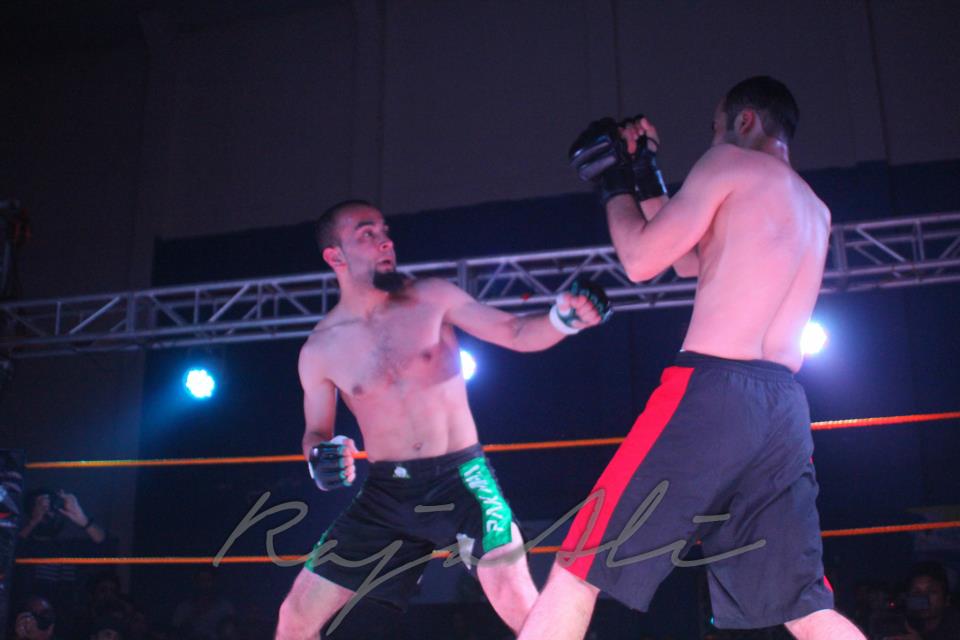 All in all, VCL 2: Bloody February was a pretty awesome event, the fights were great along with delicious food and a good crowd. Also Triple S entertainment has announced their next VCL event will be in June/July so we have something to look forward to this summer.