MMA is a rising sport in Pakistan and like most other combat sports it suffers from the immediate bias of being too animalistic. There is a common problem of judging a book by its cover, and so MMA is judged by cage and blood.

When I started training in Synergy DHA under Bashir Ahmad, the most common reaction I received from my peers and family was “ O my GOD! Why would anyone want to get punched in the face” or “What an animal you have to be to hit the other person in the face?”

Well guys MMA isn’t about beating the crap out of the other person, it is not a street fight. It’s a test of skill. Two trained professionals (or amateurs for that matter) get into the cage and try to outplay each other. It’s almost like chess, except a lot more physical ;).

MMA is not a sport, it’s a lifestyle. It doesn’t start or end in the gym or the cage. The cage is for the exhibition of skills acquired through hard work. The real work is done behind the scenes, on the roads, in the gym, with each breath of a fighter.

From eating healthy to fighting in the cage, a fighter is completely transformed as a person. The training makes him sharp, make his mind more aware. He learns to be patient, not to pay attention to small distractions. He is trained to overcome obstacles. He knows how important it is to stay focused. He constantly pushes the boundaries, he constantly raises the bar, and that is what makes him successful not only as a fighter but as a human being too. 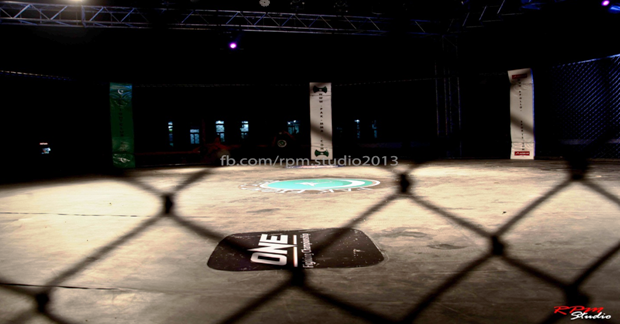 I personally found the training at synergy help me with my anger management issues and channel my energy towards a better aim. I used to do weight lifting before coming to Synergy. My training here taught me two very important things; humility and respect. Like any professional you have to adhere to a set of principles. Respect towards the sport, towards the other fighter, towards the hard work he has put into gaining the skills.

Another key aspect of training in MMA is the level of the self-confidence it instills in you. You feel better about yourself and I would even say it gives you a feeling of being content. When you put your energies into something this productive you are bound to feel good about yourself. This development in one’s self makes him an asset to people around him and the society at large.

Respect is a key which holds PAKMMA community together. The fighters fight in the Paktagon but that is where the fight ends. There is no animosity between fighters and no bad blood between two guys once they exit the cage. In fact the bond made in blood and sweat is stronger than most bonds forged in life.

In the end I would like to request all the readers who are double minded about MMA to find a MMA gym near them and start training, even if they don’t want to fight professionally, this training will benefit them in all walks of life.